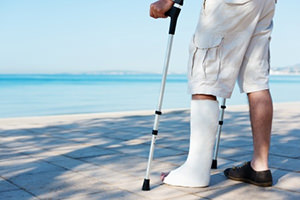 Whether you are an all-star running down the court to score the last point to make a winning game, you are hurt working at a construction site or even in a slip and fall accident at your local grocery store, an ankle avulsion fracture is a serious injury.

After you have spoken to your doctor, you may want to speak with an avulsion injury attorney. Contact us today at 888-804-5044, or use our online form, and allow us to determine if you are entitled to reimbursement for lost wages, medical expenses, out-of-pocket expenses, or pain and suffering.

There are many different kinds of avulsion injuries, but an ankle avulsion fracture is a specific type of avulsion injury with specific needs. An ankle avulsion fracture typically involves the distal ends of the tibia, fibula, or both bones. The tibia is located on the inner, or medial, side of the leg and is known as the shinbone. Some tibia fractures can also be located at the rear of the ankle or leg and are known as posterior malleolar fractures. The fibula is on the outer, or lateral, side of the leg. Both the tibia and fibula avulsion fractures can be equally as painful and need immediate medical attention. 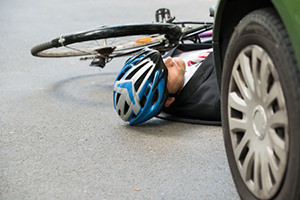 These fractures are commonly caused by the ankle being twisted inward or outward. Symptoms of an ankle avulsion fracture may include:

Treatment of an ankle avulsion fracture can range drastically. Some avulsions need as little as ice, rest, and a bandage for immobilization, while others may be extreme enough to warrant several surgeries, recovery time, and physical therapy. Recovery times can vary drastically based on the severity of the injury. The only way to tell what treatment and recovery time is right for you is to seek medical advice.

You can expect a physical exam from an orthopedic doctor and either an x-ray or MRI from a radiologist or  your doctor will decide whether the injury needs rest and ice, a splint, a fracture boot immobilizer, or surgery, and whether or not you can bear weight on the ankle avulsion fracture. It is possible that you may need to come back for several follow up treatments, further exams, or possible physical therapy.

How Much Is an Ankle Avulsion Fracture Worth?

It is impossible to determine how much any injury is worth because every case is different. If your fracture is a result of neglect or carelessness on another party’s behalf, it is important to know that you have the option to seek out compensation. An ankle avulsion fracture is a significant legal injury, and can result in compensation for monetary losses from lost wages or current / future medical bills amongst other things.

Below are some examples of New York area cases involving an ankle avulsion fracture claim (often with other injuries), which resulted in compensation for the claimant. These cases have been handled by various law firms throughout the state and are provided for information only: