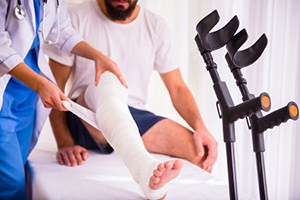 An avulsion fracture occurs when a ligament or tendon pulls away so forcefully from a bone that it takes a piece or chip of it off from the main bone. While these injuries can occur anywhere in the body, they are particularly common in the knee. There are numerous types of knee avulsion fracture injuries compared to others due to the numerous ligaments and tendons that surround the area.

If you have suffered a knee avulsion fracture, you should seek medical attention immediately. After that, if you believe your injury is due to the negligence of a third party, it may be in your best interest to speak to an avulsion injury attorney to learn about your legal options. Contact us today at 888-804-5044 to learn more and to ensure that your legal rights are protected.

How a Knee Avulsion Fracture Is Treated

Upon visiting your doctor for a suspected knee avulsion injury, he will order an x-ray or a CT scan to get a better idea of where the injury is located exactly and the severity of the injury. The prescribed treatment is dependent on the severity of the knee avulsion fracture. For a relatively minor injury in a healthy individual, treatment usually consists of bed rest and icing the affected area. Crutches may be necessary to reduce strain and speed healing. In particularly bad cases, surgery may be necessary to restore the bone to its proper place. 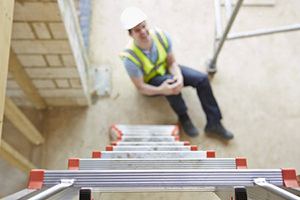 Even a so-called “small” knee avulsion fracture is a legally significant injury, especially if it is the result of a third party’s negligence or carelessness. Whether that third party is the owner of a shop, a landlord, or the driver of a motor vehicle, you may be entitled to compensation for medical bills, lost wages, and future medical bills accrued as a result of long term problems due to the knee avulsion fracture.

Below are some examples of New York cases involving a knee avulsion fracture claim (often with other injuries) that resulted in compensation for the claimant. These cases have been handled by various law firms throughout the state and are provided for information only.

Contact a Knee Avulsion Fracture Lawyer About Your Case

If you have suffered a knee avulsion fracture, contact us today at 888-804-5044 to learn about your options for legal recourse. We will put you in touch with a skilled avulsion injury attorney that can help you understand your rights and can guide you through the process of filing a personal injury case for your knee avulsion fracture.